The intro, and I know I'm going to rip this into shreds 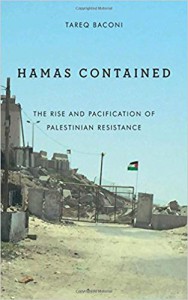 Look, what gaza is going through is horrible.  But my sympathy is tempered by the fact that the world demands that Israel 'negotiate fairly' and talk to a group that clearly wants to murder Jews.   (Yes, yes, I know they have a new charter that doesn't call for genocide anymore, but look up all the raised eyebrows when they changed it and said they couldn't get rid of the old Jew-murder-y one for reason-y reasons.   Also, note that they now say they're fighting Zionists in the charter - so you'd assume all Zionists, not just Jews, right?   Nope, every time they call to, say, tear the hearts out of someone, something one of the highest ups, forgot-his-first-name Sinwar actually literally said and it's out there on Twitter-land in video, it's always the Jews.  It's like they still want to, say, murder Jews, preferably all of them.)

Let's delve deeper into this: how well did talking to the nazi regime work for the Jews?   And yeah, naively, they tried at first, or just wanted to keep their heads down.   Unsurprisingly, talking to someone who's whole raison d'être is murdering you, yes all of you, Jews hasn't worked in the past.   It's insulting that we're expected to see 'nuance' in hamas.   Like no amount of nuance and socialism or economic gains nuanced away the nazi's genocidal aims.   Let's not nuance away what hamas really wants: to murder the Jews, all the Jews.   Because no amount of nuance is going to pretty that up, you d-hole of an author.

That's honestly my biggest gripe right now.   We don't talk about hamas with enough   nuance.   But I think this ties into a lot of what I was talking about earlier, and oddly enough it's only reinforced by everything I read, no matter on what side of the issue.   Can you imagine someone patting Muslims on the head and saying they just didn't deal with the Christchurch murderer - yeah, I don't know his name and never bothered to look it up because that time and energy could be better spent, which is why I keep forgetting Sinwar's first name - with enough nuance?   Nope, you couldn't, because no matter what he felt had been done to him, and his country, the really important thing about his was he was a cray-cray psycho who gunned down a shitload of people.   No amount of nuance is going to make that shitshow any better.   That being said, I do believe in understanding why he did it, because I think it can help understand and prevent further mass shootings. But, hey, Muslim community?   You don't have to talk about this asshat with nuance.   Call him out for the asshole he is.   But understand this: hamas is also genocidal and while some Jews want to be their friends - not a lie; this was a tweet from a Jew back from when they had their genocidal desires enshrined in their charter - many will call them out for the terrorist, extremists assholes they are.

And guess what?   They've tried to murder waaaaay more Jews than the Christchurch shooter tried to murder Muslims.   We don't owe them shit, especially not a nuanced discussion of why they're trying to murder us.