So I'm gonna share a person story on why I'm not crazy about this... 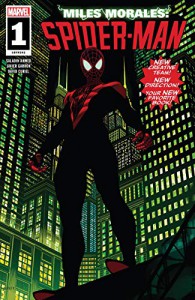 Before Black Bolt, the author, worried by something political that got an artists fired, said his comics wouldn't be political.   Sweet!   Especially since Christians and Jews were targeted by an artist, particularly Jews.

The author is also palestinian.   Which makes me nervous because the standard lefty views - and yes, the immigration politics in this are lefty - is that Jews should not be allowed to raise their hands in self-defense, especially against palestinians.   Ignore everything, especially the open calls to murder all Jews, from the palestinian leaders, ignore the many murders commited by palestinian terrorists, don't defend yourself. And so I have no safe place: lefty politics in my comics may mean this subtle antisemitism creeping in, and so I refuse to continue with this series if it insists on being political.   I refuse to give money to someone who complains when Jews defend themselves, ignoring the violence against them by his own people.

I found the storyline decent other than the anxiety provoking aspect of worrying about lefty palestinian politics creeping into Spider-Man, and the art was meh for me, so thus the low rating.  I got this for free as a Marvel Insider - you get points for things, and can get free digital comics with your points - otherwise I wouldn't have read this at all.