Just as bad as the Star Wars of Oz series "Dr. Birch stared at the cowering, little, Kayne West watch her librarian-cool through his thick black sunglasses intrigued by her reputation."

Commas.   Correct placement of commas would help this sentence out.   Although it still wouldn't be, y'know, a good sentence.

"Kayne looked at her pissed to the power of insanity."

Try to guess who's pissed.   And what is the mathematical property of insanity?

"'You haven't conquered anything until you've conquered my pussy.'"

I'm gonna let this stand on it's own.

"She kept stretching her legs, ripping her mini skirt with the velocity of her shattering pelvic muscles watching him carefully."

Commas again.   Also, did she really just shatter her pelvic muscles?   I'm not sure what that means...  I mean, I know it means someone should study anatomy a little more carefully.   Does that count?

"She said laughing at him with no sympathy as she continued to rip the fabric of her mini skirt with her eyes admiring his frozen fascination, capturing the reflection of herself in his dark sunglasses."

Also, she just ripped the fabric of her skirt - with her eyes!  Why do authors get eyes, in particular, so fucking wrong?

"He stared at her blossoming rose highlighted in splendid wonder."

Yeah, no clue how something can be highlighted in splendid wonder.

"Her perfection was just too perfect."

His redundancy was just too redundant.

"Kayne's legs were cut by the beauty of her revealing truth."

So, her vagina's beauty cut him? 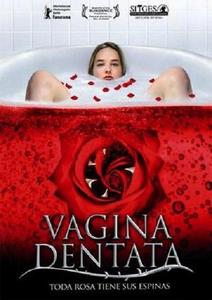 "He sat down folding his bright red suit back into the chair."

I'm surprised at how little I understood in this story.   Then again, I reread these sentences, and I go, 'oh, because it made no fucking sense, that's how.'

"'My pussy is the masterpiece.'"

I have no words.

Primus, her pussy is an overachiever!

"'My pussy is the only lasting pursuit.'"

Okay, now her pussy's being just a little narcissistic.

"'I guarantee when you are cold and alone.   Your only escape will be the thought of my pussy.'"

Does anyone else want to send her pussy some free psychiatric help?

"Kayne kept drowning with his mouth wanting her perfect melody."

Her lady-juice is a perfect melody.   Also, I guess her wardrobe isn't the only thing that's gushing if he's drowning.

"'On that poignant day you will see my chart topping pussy, and it will keep you warm.'"

Her pussy is also fire!

"She took her free index finger and slid the finger inside her hidden truth, making Kayne crave the undeniable icing of perfect teasing."

What, he's craving what now?

"Kayne watched unmistakably interested in a penetration that was making him white."

This story takes whitewashing to a new level.   White pussy can turn you white, apparently.

"'A reality star who knows nothing about reality but lives in lies.   A reality star who only wants the security of your fading star.   She is using your ego, when the ego breaks she will let you know what she really thinks of you.'"

"Dr.Birch was now speaking with a voice that was climbing a climaxing stairway as she kept reaching to the deepest corridors of truth."

Keep in mind that her pussy=the truth.   Doesn't that just make that sentence like a million times worse?

"Her pink buffet made him willing to listen to her deep inspiration."

"She hesitated as her head reached to the sky."

"Kayne stood up fighting the mashed potatoes in his legs."

That's not usually where I keep my mashed potatoes.  Or, y'know, any of my food.

"She looked at him smiling with a sexy fascination."

Just fuck how objectifying this whole damn book is.

"She with a circus spectacle kept stretching for him and reaching."

"Kayne saw a fountain of mouth-watering liqueur burst from her hips with reacting consistency, showering her perfect candy land.   The rushing fountain was unbelievably poignant, glistening in the light."

She has liquid bursting from her hips.   That's blood, people.   Someone rush her to a hospital.

"He kept holding his fascination in his hand."

If his fascination is his penis...  No, guys, don't go back and read all the sentences with fascination replacing them with penis.    Trust me on this one, you just don't want to do it.

"His blood burned seeping like acid into his eyes."

Because if it's burning like acid, that won't destroy his body from the inside.

"Kayne tossed his sunglasses as his eyes broke from constraint."

"He approached her on fire licking his lips with the desire of total wanting."

Now he's on fire.   Call the firefighters while you're getting her to a hospital, please.

I'm pretty sure that's not how mouths and saliva work...

"'Keeping playing with yourself.'"

If you don't see what's wrong, neither me or my scathing mockery will help. Too obvious, too easy and I just want this to be over.

"He gladly curtsied to her demand."

"He bowed to the queen of heartbreak on the intoxication of a drug so primal that it stopped the heart with every tick."

Heart beats, your dead, there's no other tick.   So add hearts to the anatomy someone needs to brush up on.

"She smiled at him looking totally fowl and unhinged." 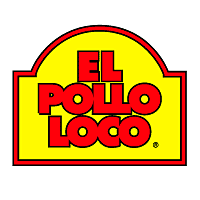 "'My truth is purer than a diamond.'"

"He looked confused trembling awkward in his pleasure as he kept trying to stare into her golden flower of royal crowning."

Given that he's referring to her vagina, I keep seeing a birth scene with the royal crowning.   Except no baby, or anything birth or baby like, is referred to before or after this.

"Making sure she looked proper, she adjusted herself in a mirror as he watched her defeated."

The comma, guys.    The comma makes all the difference as he's supposed to be defeated.   Instead, it looks like he's watching someone smack down on her right now.

"Kayne felt a great fear as he saw her eyes devilishly red and the face of a demon."

Trust me, not as fearful as me when I realize I have like five more of his stories -_-